So, you’re an online blog-reader.

Annnnnd….I know from my stats that most of you get to this blog via facebook.

Have you ever heard someone start a sentence using these words: “so I was facebook stalking the other day…”?

Not you. Oh no, I know you would never partake in such a degrading and time-sucking practice as “facebook stalking”… NEVER!

The truth is, we all have been guilty of clicking through someone’s profile pictures, or following the chain of people who commented on so-and-so’s recent status update, then ended up looking at pictures of a stranger’s baby or dog or….something else equally invasive and downright creepy.

The truth is, we can know a lot about a random person that we are facebook ‘friends’ with. We can know that they like to ride their bike to work or that they are obsessed with One Direction. We can even know who they are dating, when they stopped working at the Dairy Queen, and (if they are as detailed with their status updates as some people I know) how often they go work out at the gym or what they’re making for dinner on Sunday night.

You could know all these random things about complete strangers!

And you’d be considered a genuine stalker in most people’s books.

…Although, social networking and people’s openness about sharing their lives with the world wide web has made this pretty much typical and even expected.

What I’ve found to ring so true for me is this: Often times, we are what I like to call Jesus Stalkers.

We know our Bible verses and our Be-attitudes and we wear our WWJD bracletts (are those even a thing anymore?)– fine. We wear our “Jesus is my Homeboy” tee shirts, and we go to church, and we know about what Jesus said and what he did and who he cured and how he died and how he rose and all of that good stuff.

See, the weird part is that most Jesus Stalkers look like devout Christians who are highly informed about Jesus.

But again, the truth is, you can be highly informed about the dude who sits next to you in Philosophy Lecture hall simply because you’re BFF is ‘friends’ with him on facebook and follows him on twitter.

Knowing a lot of information about someone does not mean you know them. I mean like truly know them. On a personal level.

But see, Jesus wants us to know him personally, intimately, and deeply. He doesn’t want to be stalked. He wants to be walked with, talked with, listened to, and he wants our time.

If you google “stalker definition”, you get this:

Jesus had a few stalkers back in his day too. They were called the Pharisees. They knew everything he was teaching, what he was claiming, and what he was doing. They harassed and persecuted him because they were obsessed with the Law, which Jesus came to demolish, then rebuild in an even better way.
We are not called to be stalkers of Jesus, we are called to be Disciples.

Noun: A personal follower of Jesus during his life, esp. one of the twelve Apostles.

Verb: Guide (someone) in becoming a follower of Jesus or another leader.

This is what we want to be. A follower, a pupil, a learner.

The system of apprenticeship first developed in the Middle Ages. A master craftsman was entitled to employ a young person as an inexpensive form of labor in exchange for providing food, lodging and formal training in the craft. Apprentices lived and worked with the master for years and years until they had successfully mastered the craft completely. The idea of “one teacher per student” was adopted by many Zen teachers in practicing their art as well. 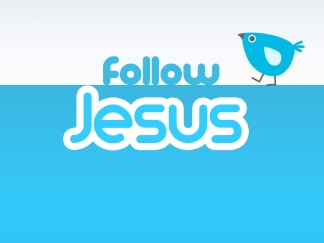 If we want to be true followers of Christ, we have to live and work with Him. We have to be one-on-one with Him. And because his craft is utter perfection, we will never master it completely, so we’ll have to keep learning from him every day, no matter how much we feel we know or how “good” we get at being “good”.

So how about you? How long have you been a Jesus Stalker?
What does it mean to know Jesus on a personal level?
What does your relationship with Jesus look like? Are you a true disciple?

Lover of Jesus, a well-written book, yoga, a hot cup of coffee, and all things cute & cuddly. Fitness enthusiast, professional Help Meet, and a firm believer that there is art and beauty in everything-- even in the way we breathe.